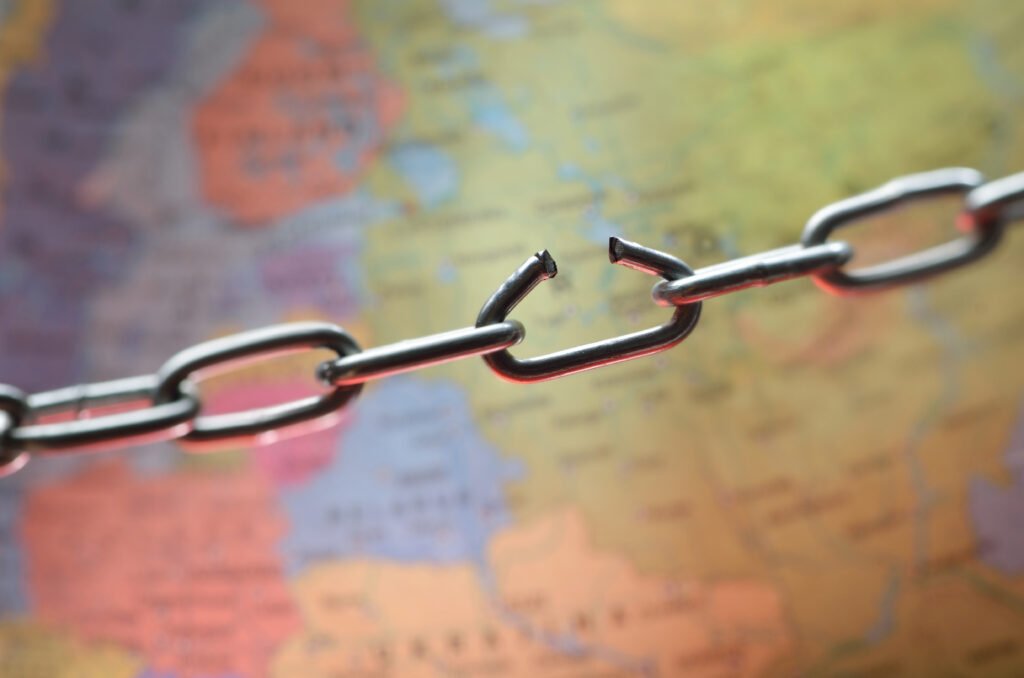 Spending £100’s on language saved £10,000’s for a manufacturing client (as well as his customer base). Out of the blue, a very special but single-source French material that had been used for years began to constantly clog the machine; maintenance and production costs soared, while delivery times extended and customers left. Desperate emails (in English) to the supplier achieved nothing. Finally, they contacted us.

In discussion with the client, an in-language approach to the French company was assembled, including technical details, explaining the issue and inviting the supplier to visit the factory. The fluent French technical translation immediately opened doors in the French company – who had no English in house, hence the lack of response – to whom the letter was a revelation. Oui, they had modified a process parameter, oui, they’d be happy to help, and came across the next week.
Through our interpreter, communication was straightforward and accurate. The supplier quickly understood the problem, helped revise the procurement specification and agreed new pricing, and was working WITH our client.

Just 2 weeks later, production was back on track.

If you’ve a supplier or client issue, communicating in THEIR language gets BETTER, FASTER results – and builds long-term bridges. 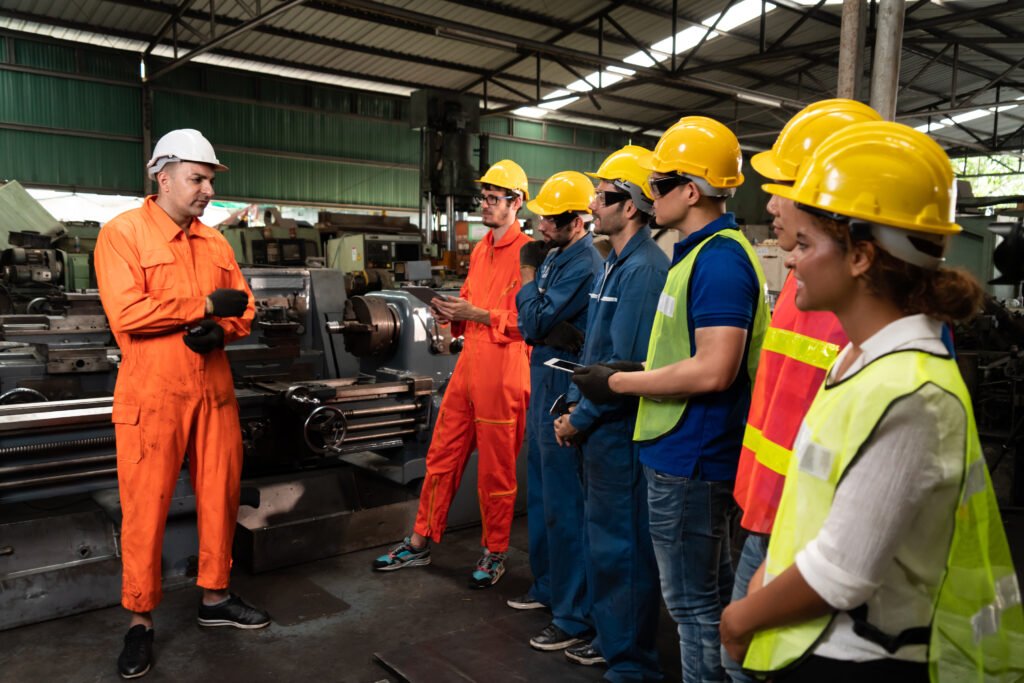 We work with clients on major projects worldwide. One was a 3-year 10-language project translating over a million source words and delivering weeks of full-service interpreting across Europe for a leading food producer’s Environment, Health & Safety (EHS) programme.
We provided full terminology management, cost modelling and budget control, our Production Director sitting on their project team, while our translation technology leveraged previous work to save £1000s.Enabling our client to work seamlessly in his teams’ languages, responding quickly to requests, brought the project credibility and buy-in worth far more than the small cost of our services.

The roll-out was popular and long-term effective.

Communicating in your USERS’ language gets you better BUY-IN, and better RESULTS. 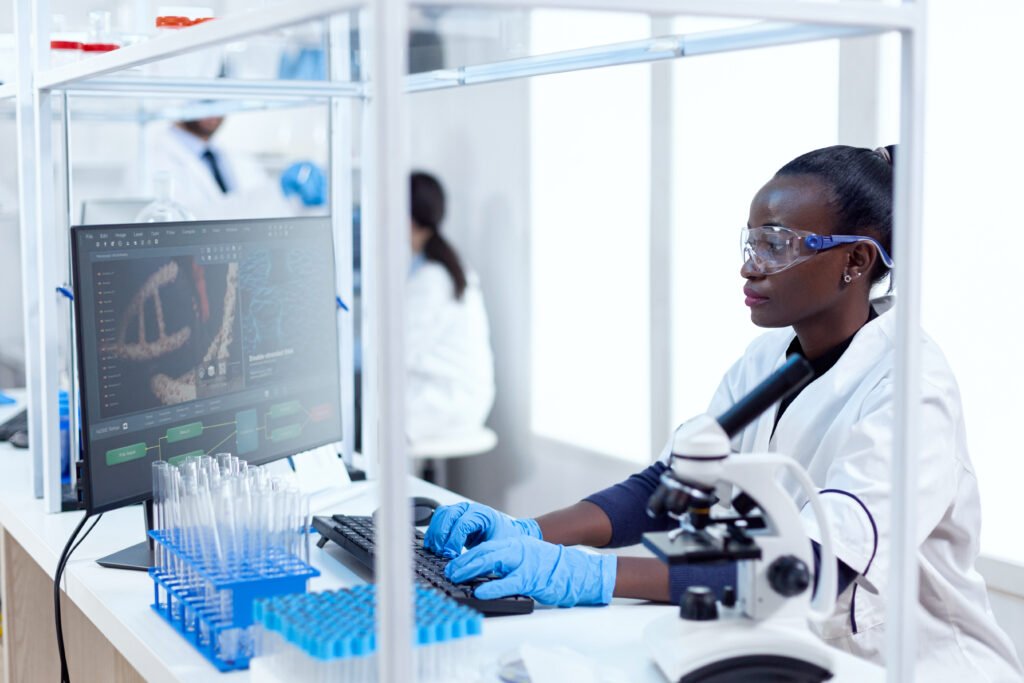 Working with two leading European specialist medical companies to provide support to patients for a range of treatments and medical trials demands far more than simply providing an interpreter. By managing and delivering comprehensive appointment management, translation, and highly-specialist medical interpreting under stringent clinical conditions we help the client extend the reach of their offering across Europe, and help patients with chronic conditions best benefit from their unique expertise.
We’ve delivered over 150 sessions for these clients, as well as providing extensive pre- and post-appointment services.

One client is now extending across Europe and into the Middle East; the other is launching new drugs.

Working in THEIR languages opens NEW MARKETS and OPPORTUNITIES. 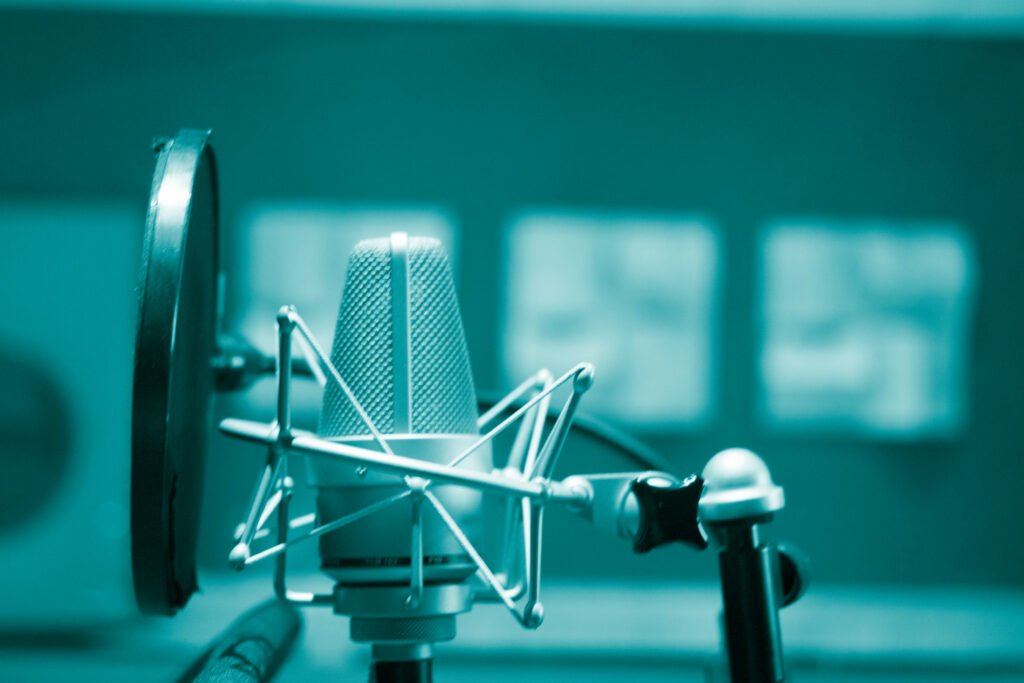 Not many providers offer true one-stop capability – many who do just subcontract, with a hefty mark-up.

We’re not like that – if we say we do something, we do it. So when a client with a super new machine brought us the marketing DVD which he wanted in 11 languages, we did the whole thing.

Transcribing the audio, and editing down for voiceover, our in-house engineer annotated the highly-technical content to ensure it was clear for the technical translators. Translations were (of course) 100% reviewed in-house, and cross-checked for consistency.
5 of the 11 languages were voiced-over, our experience ensuring scripts read comfortably for perfectly-synced persuasive product, from expert mother-tongue talents in pro studios.

The other 6 were perfectly subtitled; menus and graphics were also translated, and all delivered to a (very happy!) DVD producer for assembly. And we did the whole thing in just 6 weeks.

The DVDs got the launch of this new machine off to a flying start.

If you’re marketing abroad, do so in THEIR language… and get it RIGHT. 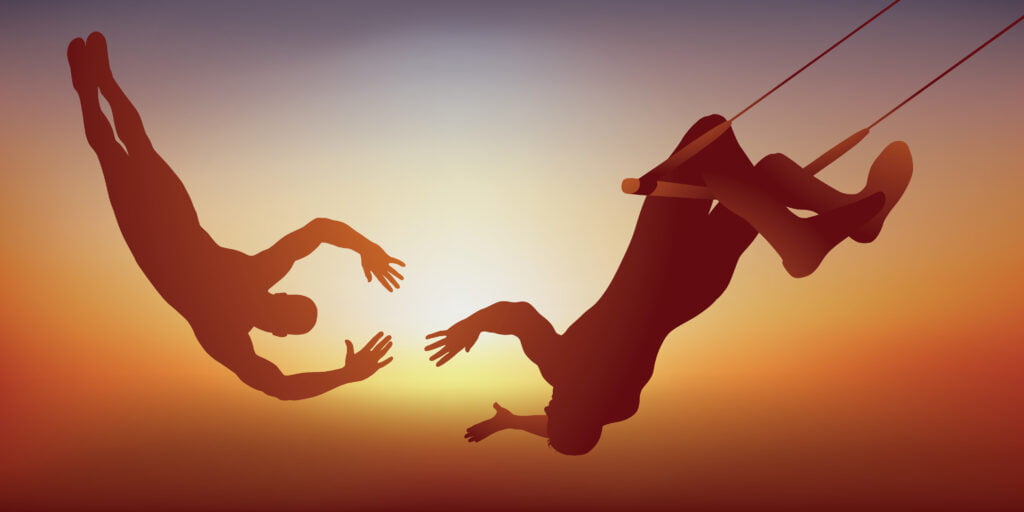 Foreign language typesetting you can rely on

A leading international charity wanted to put key reports and appeal material into other languages. Their own in-house team allowed them to largely cover typesetting of simpler major languages, but when it came to Uighur, Romani, Amharic and Georgian they were stumped. Could we typeset these languages for them into their Quark files?

We certainly could, and continue to do so, now handling an increasing range of languages for them including Farsi, Thai, Tamil and Nepalese, in formats including Illustrator and InDesign, with over 80 projects to date.

Typesetting YOUR stuff in THEIR language makes REAL impact. 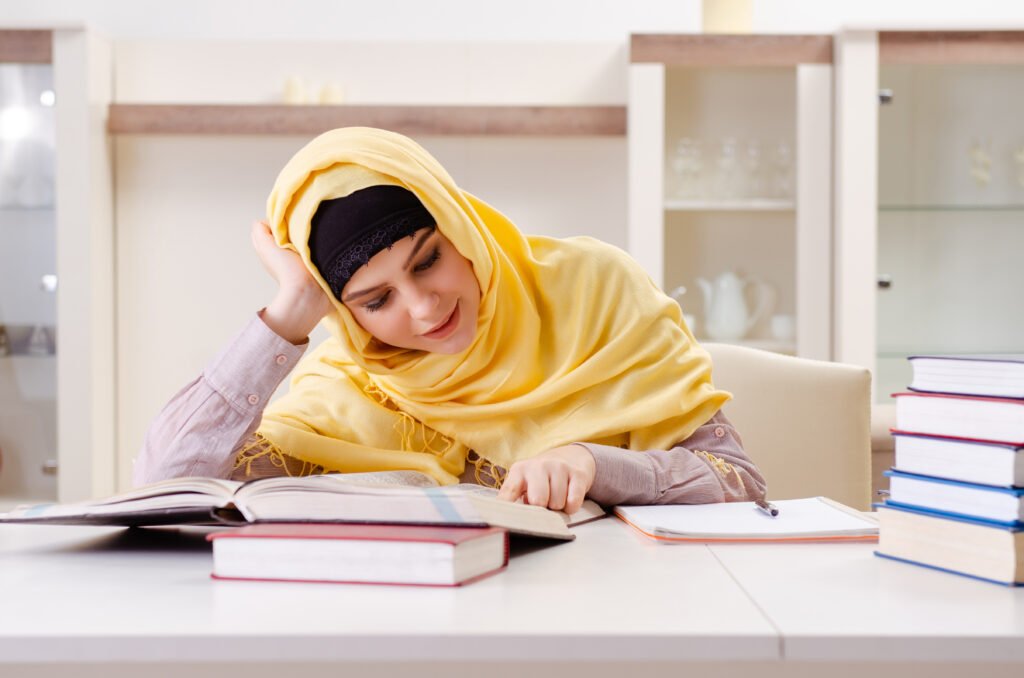 We have the technology – we CAN rebuild it

The designer for a large educational publisher contacted us with a BRILLIANT project.

His client had 30 schoolbooks in English (over 800 pages), and a big new Arabic client who wanted them in Arabic – he’d even translated them. But, the books existed only as non-editable scans – the creator had folded, taking the files with them. The designer was at a loss – what to do?

Our document re-creation service quickly re-built the whole set in editable InDesign files, in which our Arabic typesetting and translation team laid out the client’s provided translation, proofreading and supplementing as they went.

The whole project was turned around in just 3 weeks.

Converting OLD stuff into NEW languages can be a real pain. Or, you can ask us. 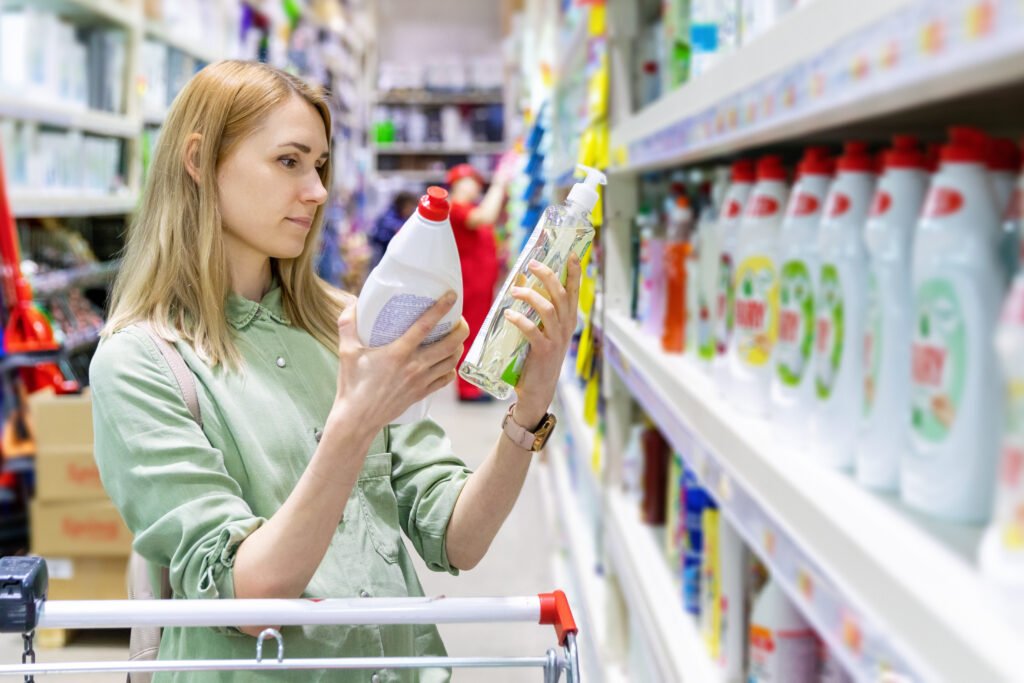 From ignition to launch

With over a hundred chemical product labels and datasheets in a mixture of non-editable formats and hard copy (some literally ripped off old stock!) and no language experience at all, our (household name) client wanted to launch across Europe, in 5 languages, in just 2 months.

Could it be done? Of course it could.

Starting by re-creating the label stock in Illustrator to build a standard library of formats, images and graphics, we then transcribed the content and built multilingual terminology glossaries which allowed translation to be fast, cheap, and consistent. Finally we typeset our translations to produce a full set of press-ready PDFs, well ahead of the desired timescale.

Was the client happy? You bet – he wrote to us:

“From a daunting brief… a difficult task became straightforward.”

A new languages launch from a standing start isn’t difficult – with the right partner. 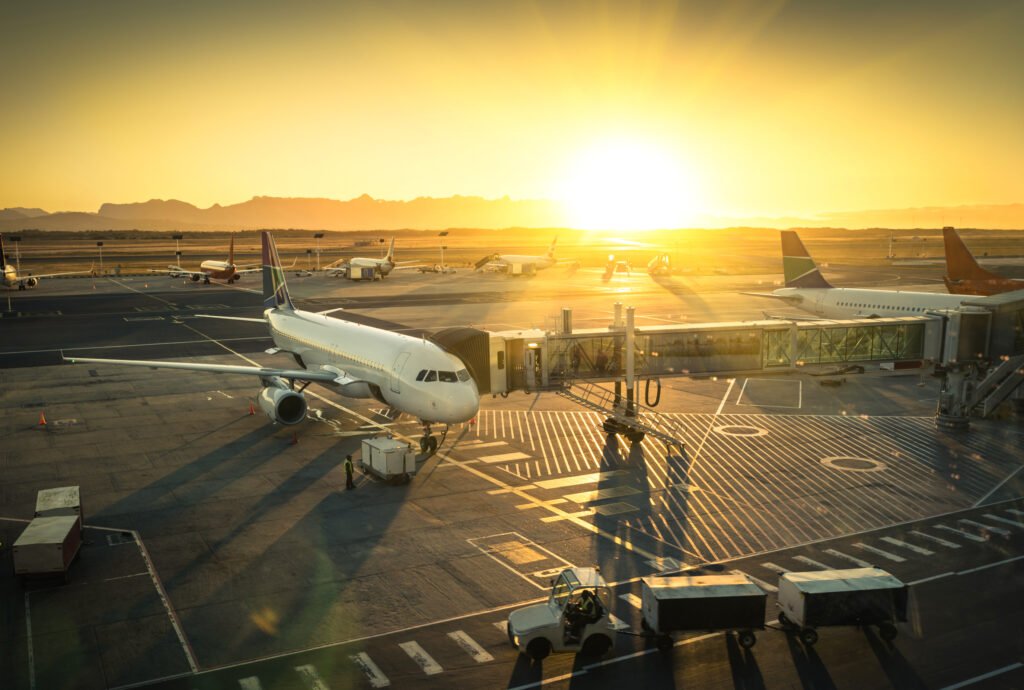 Another really big one…

When we say we’ve delivered almost 50,000 projects to date, that’s an understatement. Case studies 6 and 7 were both single projects for example – and then there’s the REALLY big ones.

Like this, when over a 3-year period we provided a highly-qualified team of expert specialist technical translators to work on-site alongside the client’s engineers. They not only translated and proof-read over half-a-million words, managing both version control and extensive technical glossaries, but also interpreted on-site and in-country at complex technical discussions at senior Government level.

Just one of our BIGGER projects.

However MUCH language you need, we can help. 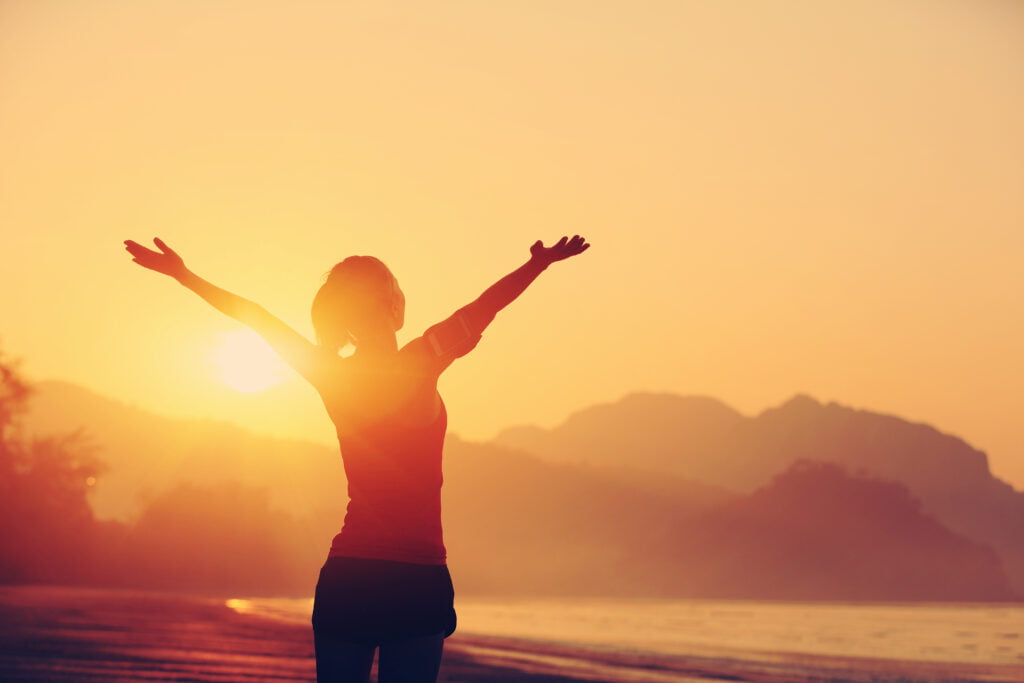 So – what’s your next big language thing?

As you see, whatever language you need, we do (except language training – sorry!).

But if you’re not sure what you’re looking for, or haven’t seen it on our site, don’t let that stop you – because most of the clients in these case studies weren’t sure either.

Most language service providers just want to translate, and expect you to bring them finished text translation-ready.

But where’s the fun in that?

If you’d prefer a supplier who wants to help you develop the best language answers for you, talk to us.

And whether you know what you need, or aren’t too sure, we’re here to help.

We use cookies on our website to give you the most relevant experience by remembering your preferences and repeat visits. By clicking “Accept All”, you consent to the use of ALL the cookies. However, you may visit "Cookie Settings" to provide a controlled consent.
Cookie SettingsAccept All
Manage consent

This website uses cookies to improve your experience while you navigate through the website. Out of these, the cookies that are categorized as necessary are stored on your browser as they are essential for the working of basic functionalities of the website. We also use third-party cookies that help us analyze and understand how you use this website. These cookies will be stored in your browser only with your consent. You also have the option to opt-out of these cookies. But opting out of some of these cookies may affect your browsing experience.
Necessary Always Enabled
Necessary cookies are absolutely essential for the website to function properly. These cookies ensure basic functionalities and security features of the website, anonymously.
Functional
Functional cookies help to perform certain functionalities like sharing the content of the website on social media platforms, collect feedbacks, and other third-party features.
Performance
Performance cookies are used to understand and analyze the key performance indexes of the website which helps in delivering a better user experience for the visitors.
Analytics
Analytical cookies are used to understand how visitors interact with the website. These cookies help provide information on metrics the number of visitors, bounce rate, traffic source, etc.
Advertisement
Advertisement cookies are used to provide visitors with relevant ads and marketing campaigns. These cookies track visitors across websites and collect information to provide customized ads.
Others
Other uncategorized cookies are those that are being analyzed and have not been classified into a category as yet.
SAVE & ACCEPT